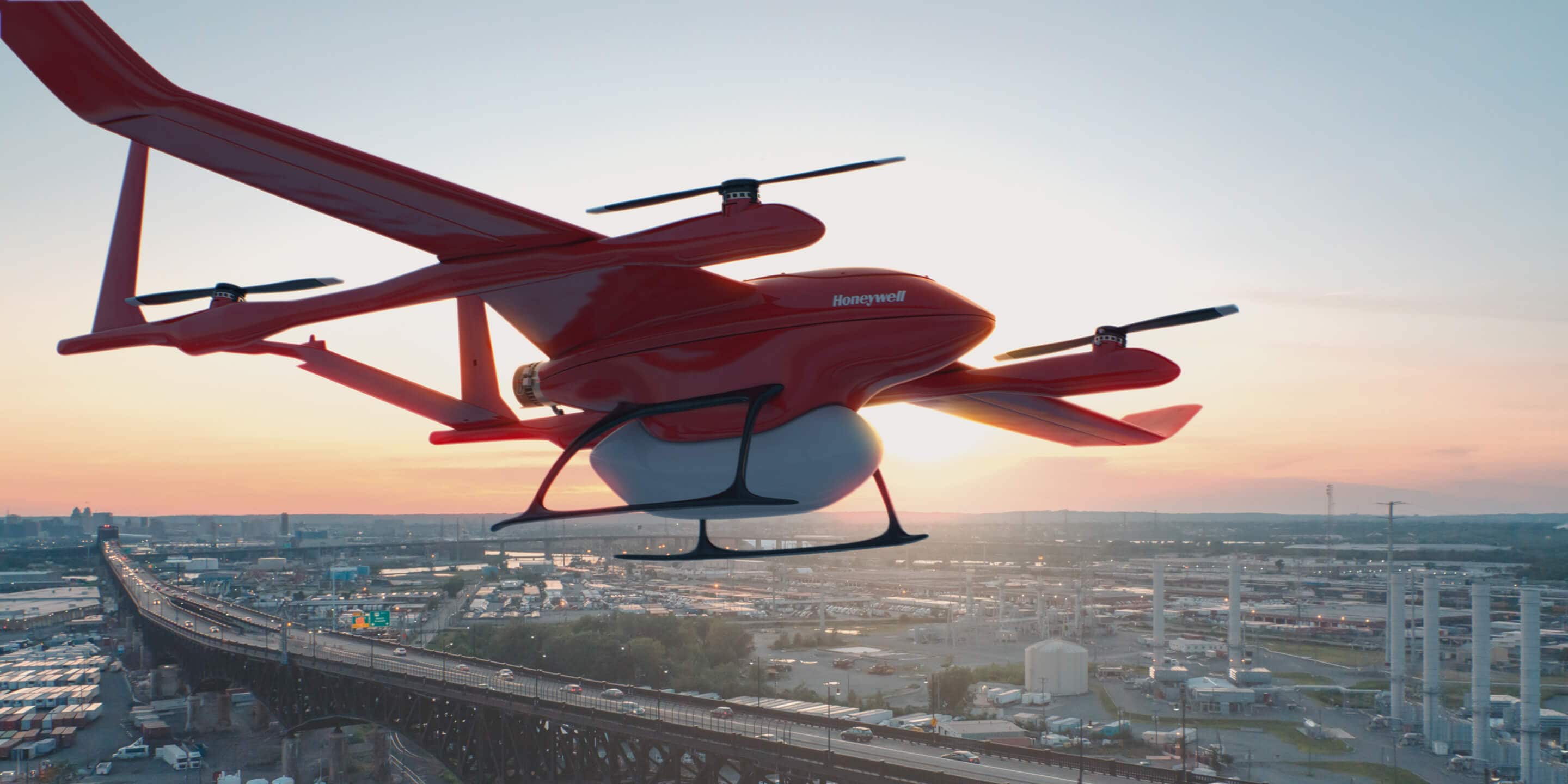 How protecting the environment guarantees a bright future.

We recently made our own pledge to be carbon neutral across our facilities and operations even faster—by 2035. In addition, 50% of our research and development budget goes towards technology and innovations that improve the environment and social outcomes.

Here’s how innovations will help the world reach sustainability goals.

What it is: Imagine being able to see invisible pollutants to prevent them from becoming larger emissions and safety issues. Our Honeywell Gas Cloud Imaging (GCI) system can do just that. It continuously monitors for gas leaks that could impact the climate such as methane at facilities in industries like oil and gas, chemical and power generation. The system uses artificial intelligence to provide facility operators with an easy-to-interpret colored visualization of the gas plume type, location, direction, size, and concentration. That can help officials detect leaks earlier and respond quicker.

How it helps the planet: By reducing methane leaks, companies can reach emissions, achieve climate goals and improve safety. Consider: Methane is more than 80 times more potent in trapping heat than carbon dioxide after 20 years, according to the Environmental Defense Fund.

What it is: A fuel cell works by converting stored chemical energy into electricity, much like a battery. A hydrogen fuel cell is one of the most common and can be used in the propulsion systems of an aircraft. It can hold three to five times more energy than the equivalent mass battery electric system. Properly designed, a hydrogen fuel cell system weighs less and is more compact than an equivalent battery electric system.

How it helps the planet: Hydrogen fuel-cell propulsion can reduce aviation’s climate impact by 75 to 90%, according to a hydrogen technology study by McKinsey. Unlike a combustion engine, a fuel cell stack has no moving parts and can operate quietly and with higher levels of efficiency and reliability. This form of propulsion will be especially important as the future of transportation changes to long range air taxis.

What it is: Industrial facilities such as natural gas plants, hydrogen plants, steel mills, cement plants and power plants produce gases. Carbon capture separates CO2 from those gases and reuses or permanently stores it underground. Basically, it sends carbon back where it came from.

How it helps the planet: Carbon capture and storage technologies help companies and industries achieve net-zero targets. It can be particularly useful in industries that are otherwise hard to abate. The process also produces low-carbon hydrogen at scale, which is a widely used clean energy source.

What it is: Buildings are becoming smarter at predicting the ideal comforts we want. That means facilities like offices can automatically start and stop the air conditioning in the summer and shut off lights once workers leave a room. The benefit to artificial intelligence and machine learning powering buildings is that it also can optimize energy usage—primarily electricity and gas by using Honeywell Forge Energy Optimization.

How it helps the planet: HVAC systems are a major area of energy consumption in buildings. Building managers can leverage the technology to not only keep occupants comfortable, but also reduce energy use. For example, Hamdan Bin Mohammed Smart University saw a 10% reduction in energy consumption across its campus buildings.