From Apollo to Artemis: Our Role in Returning to the Moon

The launch of Artemis I marks a new era of space travel. Learn about the mission and how it continues Honeywell’s legacy of innovations for NASA voyages.

We’re going back to the moon!

NASA’s Artemis program aims to bring humans back to the lunar surface for the first time in more than 50 years. To celebrate the upcoming launch of Artemis I, get to know what the journey will entail and learn how our technologies have played a role in every NASA human space mission.

The first mission, Artemis I, is uncrewed.

During Artemis I, the Orion spacecraft will fly for six weeks.  The mission will take it 280,000 miles away from Earth, where it will circle the moon before returning back to Earth.

The Space Launch System, which sends Orion to space, is the world’s most powerful rocket, according to NASA.

Why we’re going: To further exploration of deep space, on the moon and eventually Mars.

How we’re helping: As part of a long-term partnership with Lockheed Martin, the Honeywell team’s contributions to Artemis missions include a mix of hardware and software solutions. These include guidance and navigation systems, command data handling, displays and controls – including two hand controllers that astronauts will use to control the Orion spacecraft – and flight software that will support maintenance functions that share flight data information.

Reflecting on our legacy in space

From the Mercury capsule that took the first Americans to space, to the International Space Station, which serves as a home-away-from-home for astronauts, Honeywell has been a part of every NASA human space mission.

As we celebrate the next step in returning to the moon, take a look back at some of the biggest space travel milestones:

How we helped: Our engineers provided stabilization, navigation and environmental control systems for the capsule that took the first NASA crews to space.

During the Gemini 4 mission in 1965, Ed White became the first US astronaut to complete a spacewalk (pictured above). The Gemini missions also served as preparation for the first moon landing in later Apollo voyages.

How we helped: Contributions from Honeywell’s engineers included environmental controls systems, as well as electronics that helped spacecraft change its orbit. 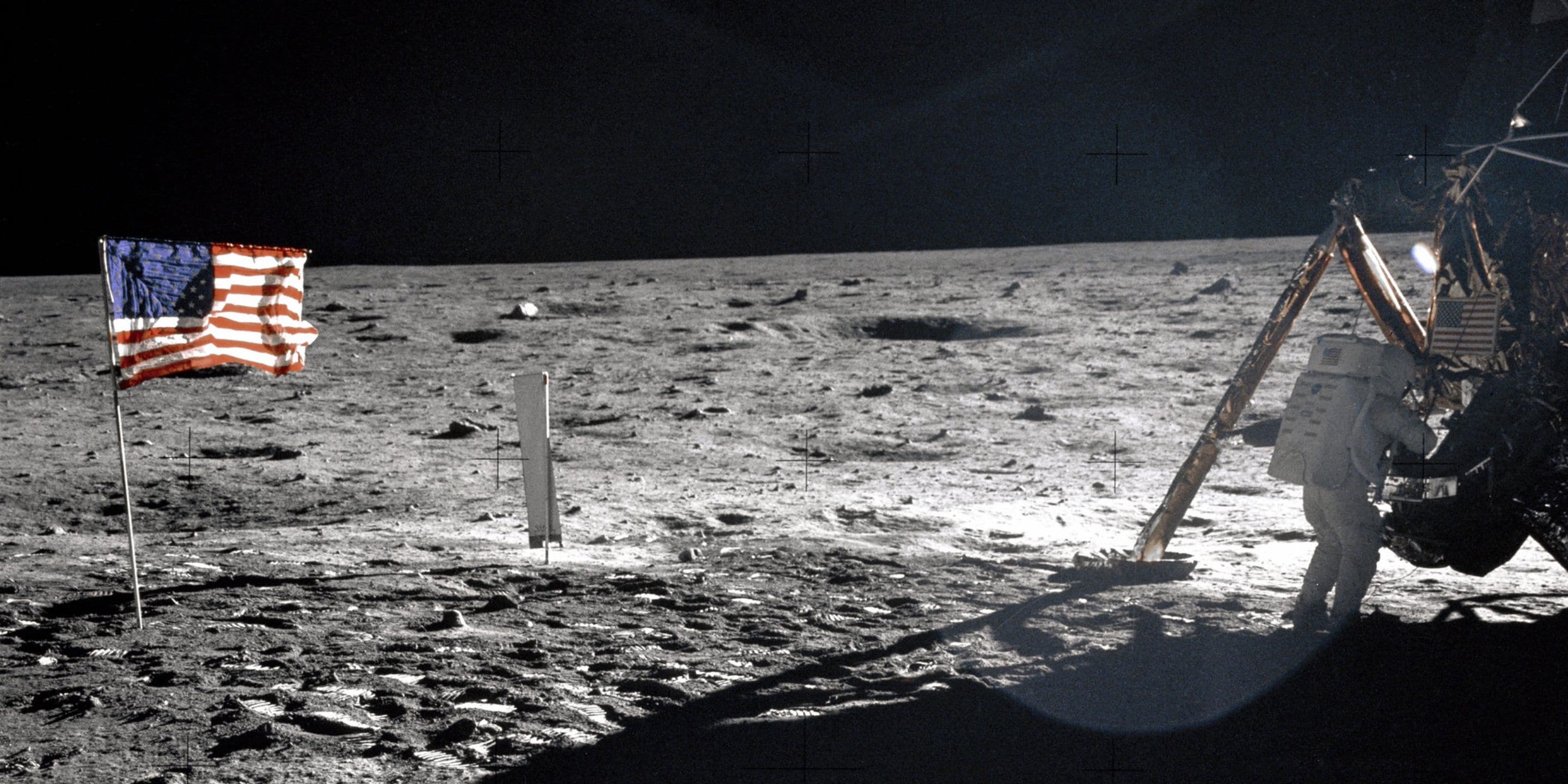 Famously, the Apollo program – with the Apollo 11 mission – marked “one small step for man, one giant leap for mankind,” in the words of Neil Armstrong after his walk on the lunar surface.

Additionally, the Apollo program established technology to help astronauts further explore space, carried out scientific experiments on the moon and developed human capability to work on the lunar surface, according to NASA.

How we helped: Our engineers designed, developed and supplied the stabilization and control systems used in Apollo missions. One system was the Environmental Control System, technology that helped astronauts breathe, provided fresh water, regulated cabin temperature and pressure and removed cabin waste. Additionally, we contributed 50+ displays, switches and flag warning devices to the lunar module used for the mission.

View of the approach of the STS-79 orbiter Atlantis. Source: NASA

The space shuttle served as the first reusable spacecraft, and the program helped construct the International Space Station.

How we helped: Honeywell products provided computing and control capabilities throughout the space shuttle program.

The International Space Station is a large spacecraft in low orbit around the Earth that serves as a platform for research and has made it possible for humans to have an ongoing presence in space.

How we’re helping: Our engineers provide over 30 products to support the vessel housing humans in space for more than 20 years.

The historic mission is the first in a series of voyages, with Artemis II set to take humans to the moon by 2024. Follow along the Artemis journey with NASA’s updates!

Want to learn more about human space exploration? Listen to our podcast episode about returning to the moon and the technology that will take us there, and meet some of our engineers whose contributions to Artemis are going to space.